MAKE AN APPOINTMENT NOW WITH OUR ONLINE FORM

Preventative Maintenance is by far the most important aspect to owning a vehicle. Regular vehicle maintenance not only protects your car from engine trouble, but also increases its efficiency, saving you more money in the long run.

Jay’s Garage is a family owned full service automotive repair shop and gas station.  Conveniently located in the heart of Portland’s central eastside on the corner of SE 7th and Morrison, we have been servicing and repairing cars, trucks, vans and SUV’s since 1981.  All our mechanics are certified Master Technicians by the National Institute for Automotive Service Excellence.  Our technicians also have years of experience in all areas of car maintenance and repair and are always up to speed and equipped to deal with the ever changing automotive technologies.

Volkswagen TDI (Turbocharged Direct Injection) is an award winning turbo diesel engine design that delivers superior performance and fuel efficiency. We at Jay’s are Portland’s experts on servicing and maintaining VWs equipped with TDI, and as a result, we are able to pass on great savings to our customers. If in doubt, come to us for a second opinion of the quote you received from another repair shop.

We carry regular gasoline, bio-diesel, and E85 at the gas pumps and we are open 7 days a week. Come visit us on the corner of SE 7th and SE Morrison. Stop by during week days and talk to our auto mechanics to learn more about the best fuel options for your vehicle. Jay’s is committed to selling gas that helps reduce emissions and is renewable. There is a reason why Jay’s is among the top providers of alternative fuel and number one provider of high content bio-diesel in Portland, Oregon.

We provide top notch maintenance service for all types of vehicles. Our team is certified to service and repair the following makes:

Our professionals know how to handle a wide range of car services. 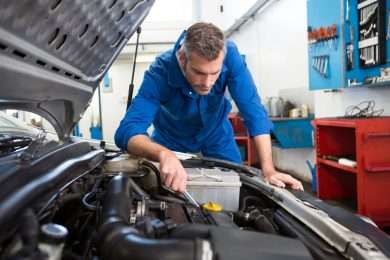 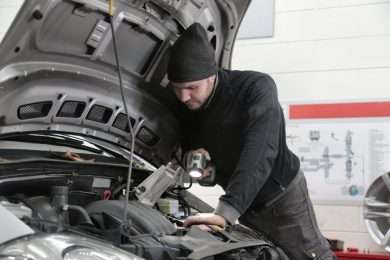 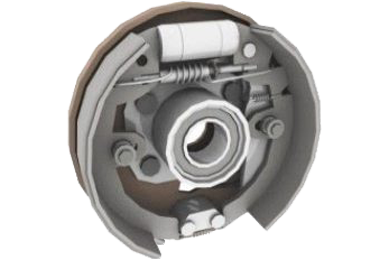 "They have always been beyond helpful, they are honest and will tell me what cheaper options are. They have been my mechanic for almost twenty years and whenever I have to take my car elsewhere it is always more expensive and I feel screwed over!"

"This was the second of four mechanics I went to on my trip-from-hell. I was about to head back to Los Angeles from Portland, when all of a sudden my car stalled out and died. And died again. And again. And again. Shit. Called AAA, had them tow it to a garage of their choice seeing as I know nothing about garages in Portland. They recommended Jay’s, so I said sure. The woman at the desk was friendly and helpful. One of the guys took my car and got to work on finding out what was up. An hour later they’d determined it was an electrical component in the ignition. Saving my life, they managed to call around and find the part (it was almost 4 at that point) and got to work on installing it, as well as some new spark plugs that the guy recommended. Got it all done, and then they were nice enough to wait around while I dealt with a totally insane credit card issue that took almost an hour to resolve, and were totally nice about it. The guy who worked on my car was awesome to the point that I want to go back just to hang out with him. I got a courtesy call the next day to ask if I’d made it down to where I was headed alright, which I wasn’t able to return but was very pleased to get."

"I was very pleased with the service I received at Jay’s Garage recently. I drove in and asked if they changed mufflers and they started working on my car immediately. They were very friendly and informative. To their credit, they changed my oil and gave me an hour of service for free, no charge. they seem to have a ton of loyal customers and have been there for about 30 years. they must be doing something right."

"Yay to Jay’s for carrying biodiesel at the pump! Always friendly service too."

We can help you with everything from an oil change to an engine change.
We can handle any problem on both foreign and domestic vehicles.

We are committed to provide outstanding auto maintenance and repair services to our customers.

Synthetic engine oils are produced through a synthesis process that takes very small molecules and assembles them into larger designer molecules with premium lubricating properties.

When should I change my Oil and Oil Filters?

When should I replace my Windshield Wipers?

Every year or two (less in hot climates if a vehicle sits outside and is exposed to sunlight and high ambient temperatures).