YOU ARE HERE: HOME/Brake Change, When is it Needed? 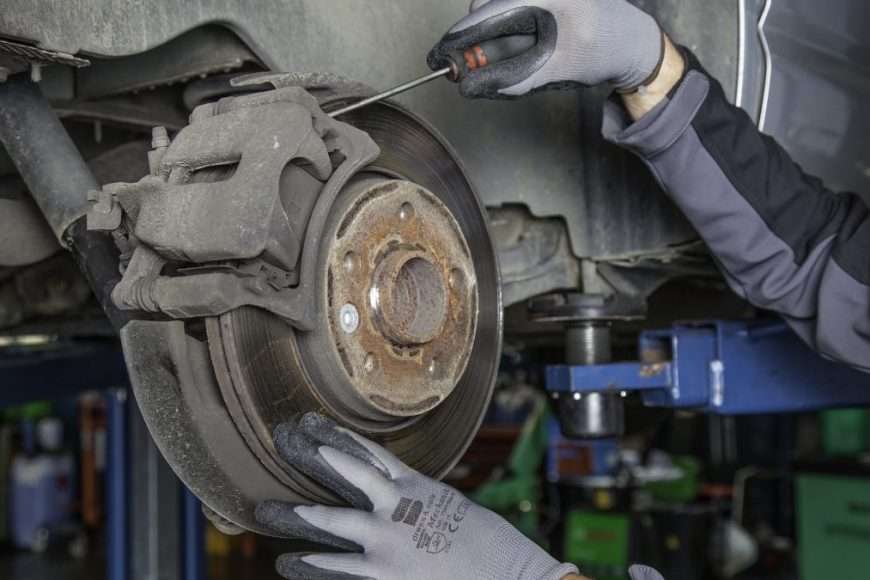 Brake Change, When is it Needed?

Brakes last quite a while and in the term, they can often be forgotten despite being one of the most important safety features on the vehicle. If left unchecked the brakes could cause more harm to both your safety and your wallet. As the rotor is one of the more expensive parts of the braking system it should be taken care of. Maintaining brakes requires routine checks to include miles, audio noise, stopping conditions, odors, and indicating dash lights. If unsure always consult a certified mechanic.

If you know when your last brake replacement was, then a good rule of thumb is to replace them every 30,000 to 50,000 miles. This range can always be changed from vehicle make and model to include driving conditions. Sometimes the brake pad is visible through the rims of the vehicle. Take a flashlight and if the brake padding is less than ¼ inch its a good indication to get them replaced.

On the brakes, there is a small metal shim that will alert the driver with a high-pitched audible screech when the brakes are worn down to the point of replacement. This indicator is loud enough to be heard with the windows rolled up when driving. Now there is an exception if the vehicle was just washed or it just recently rained. When the rotors are exposed to water they grow a thin layer of rust on them. This rust can cause a similar screech to the metal shim but this is normal and no need for alarm. When braking the layer of rust is stripped away and the screeching stops. If it continues then it’s the metal shim against the rotor and if not taken care of it will have to be turned or replaced.

It may be time to get new brakes if it takes longer to stop than normal. Other factors consist of petal softness, pulling to one side, or unusual vibrations.

It won’t obvious it at first but eventually, it will seem to takes longer to stop when braking or that the brakes are not as responsive. The pedal will feel soft and require more pressure to stop and having to be pushed down further. The longer and more effort it takes to stop reduces your safety considerably. Another thing to consider is if the pedal sinks into the floor. This sinking is an early indicator of brake fluid leakage and one glance under the vehicle a puddle might be visible when parked. Along with performing brake checks, the fluid should be self-checked as well.

When braking there may be noticeable pulling to one side or unusual vibrations. When the brakes do not clamp down in synchronization, from wear or misalignment, pulling can occur. There may be a noticeable vibration in the brake pedal itself. This is caused by misalignment or the possibility of warped rotors. This feeling is similar to a sudden stop, with applicable vehicles, when the anti-lock braking system kicks in.

We’re not talking about exhaust but more of a chemical odor. This occurrence could be the effect of repeated hard braking causing overheating on the brakes. Sometimes the parking brake might have been unknowingly left engaged. Once noticed urgently allow the brakes to cool by pulling over preferably in a safe location. Too much heat can cause brake failure and make the fluid itself boil, causing weakened braking, or brake failure.

More updated vehicles have an early notification system on the dashboard that the brakes are low or there is an issue. On the dash, there will be the light in the shape of a circle with an exclamation symbol in the center of it. In some instances, this symbol will include the word break or the letters ABS (anti-lock braking system) above or below it.

Overall brakes are a necessity when driving. Routine checks such as noting miles are driven, screeching noises, unusual stopping conditions, chemical burning odors, and the awareness of dash lights are crucial. Neglecting them can cause significant safety issues for both you and anyone else driving. Prolonged neglect will wear your wallet as much as your rotors and make your mechanical repairs more expensive. If ever concerned you should always consult a certified mechanic for an inspection. You will never get more reliable information and service without them.  The safety of your family is the most important part of owning a vehicle, and nobody cares more for your family’s safety than the T&S Automotive family.